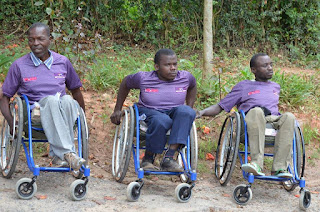 Mwachabo PLWD s racing team from Mwatate Sub-County has  received three racing wheel from Governor John Mruttu.
The team will be representing Taita Taveta County in the 21 km wheel chair race category during the First Ladyâ€™s marathon to be held on Sunday at Nyayo stadium Nairobi.

Members of the three man team say, they are determined to clinch the first or second position which will enable them qualify to participate in the upcoming international competition scheduled to take place Brazil. They are positive that with the experience they have and the regular practice, they will be able to beat the reigning champions. Chairman of the team Mr. Mutei participated in 1988 Olympics in Korea, Holland marathon 1990 and the Commonwealth games in Canada held in1992.

â€œWe are positive that when we win on Sunday against the selected team, we will be considered for the marathon to be held in Brazil this August.â€� Said Mr. Mutei

Speaking during the flagging off ceremony held in Wundanyi, the Governor pledged to continue his support to PLWD and said, the County has always and will continue to ensure the rights of its residents are upheld at all times.

He observed that the marginalized groups are precious and possess talents which should be nurtured in order to empower them socially and economically.

â€œThe County acknowledges that PLWD have talents and is determined to ensure they attain their full potential. A good example is the Mwachabo-Team which participated in last yearâ€™s Standard chattered Marathon and one member managed to attain sixth position,â€� Said the Governor. 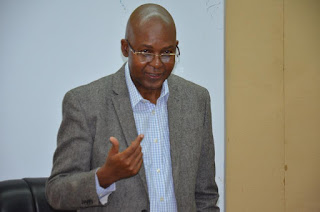 He also expressed confidence in the teamâ€™s ability to hold the County flag high.
To date the County Government in collaboration with the Association for the Physically Disabled in Kenya has provided 100 wheelchairs, 200 crutches and 200 caps to Albinos of Taita Taveta County. It has also introduced free medical care services to persons living with disabilities and DATU Sawazisha Fund meant to empower the marginalized group. 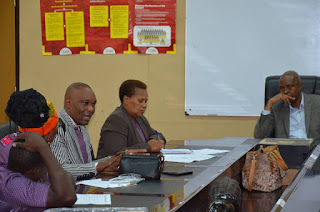 Present was the CEC Trade and Community Affairs Flora Mtuweta, CEC Agriculture Livestock and Fisheries Ben Mghana, Chairman Gender, Youth and marginalized groups and nominated MCA John Maghanga, Nominated MCA Rosina Kisochi who is also the representative of persons living with disabilities in the County, the County Director of sports and the First Lady half marathon County Secretariat .

EXCLUSIVE INTERVIEW!Meet MADARAKA MARTIN (Mtetezi): ready to battle it out with MCA OMARI for kaloleni ward, 2017