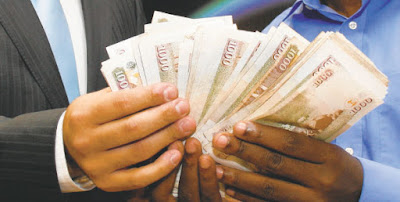 As religious leaders preach about unity,they call upon Kenyan communities to unite and stand strong against the vice of tribalism.There is still a crack, an economic crack separating the poor and the rich, leaders and the common citizens.

this economic crack is created by corrupt leaders.They steal a lot from the government but they can’t be prosecuted as they have full support from their communities.For example,in recent past there has been a series of corruption allegation in various government ministries but most of Cs were being defended strongly by their communities and even their party members.Majority of government officials are corrupt..starting from traffic police on road check up to the top ranks.This shows how corruption is a contagious disease infecting every new member of public servant.

In the old days leaders were chosen by God,they were very intelligent and brave.They used to tell their followers the truth, facts  not what they want to hear but what is good for them.look at Kwame Nkrumah of Ghana,Nelson Mandela of South Africa,Mahatma Gandhi of India , you can’t compare them with our leaders today who are “addicted” to public fund;after stealing they divide us..Luos will always support their corrupt leaders,Kikuyus will always pray under mugumo tree in support of their corrupt leader..Kambas the same to other Kenyan communities  making the fight against corruption a bit challenging.

late last year we had opposition echo about Euro-bond but ethnic side of our brain still don’t allow some individual to understand the negative economic impact of the Euro-bond. I am trying to imagine what 250Billion can do to our health sector. I see hundreds of cancer afflicted Kenyans streaming to India for treatment and those who can’t afford the cost only wait for the day they’ll “come to pass”. If we invest 250b in our health, Kenya would be a India in African region. Why can’t we open our eyes and see. If someone is destroying the nation through embezzlement of public funds, does it really matter if he/she is my relative or tribeswoman/man? Such people should be arrested, their property seized and thrown into jail for the rest of their life irrespective of their political status..

ALSO READ  Marriage on rocks? The Love Languages could be the magic

Marriage on rocks? The Love Languages could be the magic

Incentives could encourage pregnancy and boost birth-rate in Taita Taveta

The art of acceptance