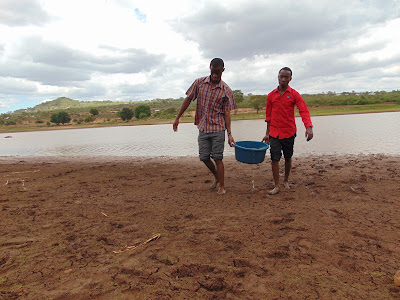 The institution is managed by a committee of 9 members, i.e. the chair, vice chair, the secretary, the treasurer and other two members. It also has a management committee and secretariat of 4 members namely the social worker, matron, caretaker and cooks who see the day to day running of the institution

Their Vision,
A society where, children and youth live in harmony, free from all kinds of abuses 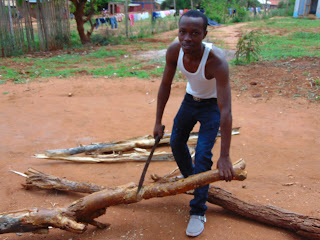 I had chat with one of the volunteer workers, who also happened to be the person in charge at that that hour of the dayâ€¦ 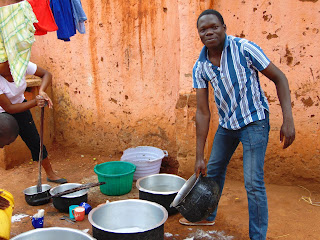 The chat is simply about what goes on in the childrenâ€™s home.


An introduction pleaseâ€¦My name is MATILDA; I pursued a diploma in social work and community development. I have been on and off the center for some time. And well I got back again this February-2015
Tell me briefly about the current groupâ€¦It is a group of 25 pupils,   most of them are in primary schools, a few of them in secondary schools, and currently we have got one by the name Tumaini JOSEPH, a first year student at KU pursuing civil engineering. Briefly about Tumaini, is that he had a sponsor who took him through Mwatate junior academy, later he studied at Kenyatta high school before getting an A- in his final exams thus earn a place at the university. It is one of the success stories around.
May you describe you intake process, and what kinds of people to you keep up with in here
Well, they either come individually or are brought through various angles; some were once molested or had no relatives to bring them up properly. Therefore, after the necessary legal actions which are often facilitated by child aid groups, they end up bringing some of them here. One of our policies is that once they are done with high school, those who pass can proceed with their education as we still accommodate them within or through the support of their sponsors. However, for the unfortunate, we usually find a way of sending them back to their relatives, i.e for those who can trace their origins
What are some of the Challenges? 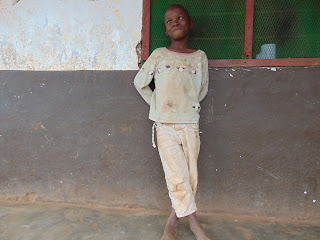 The basic needs are inadequate for all; from food to water and clothing. But most of the times we rely on donors especially from partners of Mwatate childrenâ€™s home. The other main challenge is that not all the kids get good and reliable sponsors. School fee is such a big issue especially for high school goers.
In the above regard, are there any self-sustaining projects?
Sometimes back the institution embarked on poultry farming but subject to disease it failed along the way. Meanwhile we arenâ€™t really working on any projects of our own, but then, we already have some biogas work in progress. We hope at the end of the day, fuel costs on us shall go down once fully installed.
Tell me about the Kids and behaviorâ€¦.
Itâ€™s kind of normal just like in any other family set-up, there will always be the obedient and the disobedient and there will be the adamant, the respectful, but at the end of the day, we try and work it out just as normal parents would do.
What are some of the plans in the pipeline?
Currently the plot and place where we are houses is also on a rental basis. The rent costs are weighing down on us, but the management hopes to move to a land of their own soon, and hopefully erect its own structure. 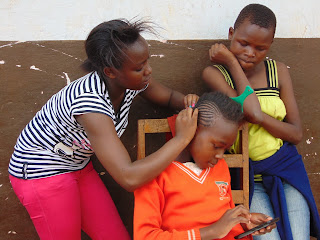 What would be your request or plea to those out there? All we seek is Just more donations, moral and spiritual support to help as raise these kids and reassure them of a bright future. And to those who are financially well-off, should willingly sponsor some of the kids. Financial donations can be made through the relevant authorities